via Where Is Ephraim? And Where Is He Going? – B’ney Yosef North America

[Editor’s note: What greater purpose in life could there be than laboring to see the Kingdom of Heaven fully manifested on earth? This is in accordance with our Messiah’s instructions in His model prayer for us:

Our Father in heaven, sanctified be Your name. Your kingdom come, Your will be done on earth as it is in heaven. (Matthew 6:9-10 TLV)

This is the goal and hope of God’s people, but few think about how the Kingdom will come about, or what it will look like when it is here. One thing that is clear according to Scripture is that there is only one Kingdom, and it is called Israel. This is the foundational understanding of everything Angus and Batya wrote. In this article, first published in 1995, they briefly outline what Scripture says about the structure of the Kingdom, and what we can do to see its prophesied restoration come to pass.]

Where Is Ephraim? And Where Is He Going?

Jacob, when on his deathbed, blessed Joseph’s two sons, Ephraim and Manasseh. In that blessing, the Patriarch prophesied that Ephraim’s descendants would become a “melo ha goyim,” or, “fullness of the Gentiles” (Genesis 48:19). Many centuries later, when Jacob’s sons had become the Twelve Tribes of Israel, the nation divided into two houses: Ephraim and Judah, Israel’s Northern and Southern Kingdoms. Both kingdoms disobeyed Yahveh, but Ephraim even went so far as to become nearly indistinguishable from the surrounding nations (“gentiles”). The disobedience of both houses brought on Yahveh’s sentence of judgment: exile into the nations.

Before scattering the “gentilized” Ephraimites, Yahveh sent the prophet Hosea to them, through whom He declared that the Ten Tribes would be scattered among all the nations (Jezreel), and thus lose their identity as Israelites (Lo-Ammi). However, He also said that one day they would “respond to Jezreel,” meaning their scattering. Like seed, they would experience a second birth that would make them once again the people of Israel. Even as the prophets prophesied, countless numbers of these scattered sheep have been found by the “Shepherd,” and so have “become sons of the Living God” (Amos 9:9; Hosea 1-2; Ezekiel 34:6-23; Romans 9:26).

Further, Yahveh has a plan for “reborn” Ephraim. It is a three-fold plan that will reunite the two houses of Israel: Ephraim and Judah. He will use this reunited people to fulfill His ultimate goal: that of bringing heaven to earth. To accomplish this task, Yahveh Elohim will –

Who will Yahveh use to execute this plan? Scripture and history are clear. Yahveh uses and works with man in fulfilling Biblical prophecy. In the matter of reuniting His nation, He has placed the responsibility of reconciliation on Ephraim, who is the wild olive branch (Jeremiah 2:18, 21; 11:10, 16, Isaiah 11:13; Romans 11:11, 15:25-26).

Therefore, Yahveh is issuing a call to the Ephraimites: He is “whistling” for Ephraim. He is strengthening those who answer His call by removing the blindness regarding their identity – that they may again be like mighty men. Yahveh is giving these Ephraimites a “knowing” deep within their being that they are Israelites. This “knowing” is like the “knowing” they have regarding their personal relationship with the God of Abraham, Isaac, and Jacob. And, this “knowing” is changing their lives. It is causing them to see the need to walk in righteousness as Israelites, and it is giving them an even deeper love for their brother, Judah (Zechariah 10:7-12, Hosea 11:10; Romans 11:25; Isaiah 27:9).

In the forefront of this regathering are those who realize the Father would use them to accomplish His Divine Mandate for Ephraim. Thus, they seek to instruct others whom the Father is awakening about their identity and about their responsibility – as “watchmen” for the whole house of Israel (Hosea 9:8; Ezekiel 3:17; Habakkuk 2:1).

These “forerunners” realize this most important of jobs will be accomplished one Ephraimite at a time. They also know their seemingly unimportant accomplishments will ultimately result in the reunification of the two houses of Israel. These “forerunners” realize this integral reunion will only be accomplished by a people who are being led by the Spirit of Yahveh, and that a people truly walking in accord with His Spirit will result in Messiah’s return and the restoration of the kingdom to Israel.

It only takes one little step. Perhaps that of asking the Father how this message should change your personal walk. Perhaps sharing with a friend. It just takes little steps. But, they will prove to be steps that will result in the return of our King!

Where will these steps ultimately take us?

Back to our Land.

We will return to our Land because He who scattered Israel also has promised:

“I will give her . . . the valley of Achor [from the root word for “trouble”] as a door of hope. And she will sing there as in the days of her youth, as in the day when she came up from the land of Egypt. ‘And it will come about in that day,’ declares Yahveh, ‘That you will call me Ishi [Husband] and will no longer call Me Baali [Lord]. For I will remove the names of the Baals from her mouth, so that they will be mentioned by their names no more. In that day I will also make a covenant for them . . . and I will abolish the bow, the sword, and war form the land, and will make them lie down in safety. And I will betroth you to me forever; Yes I will betroth you to Me in righteousness and in justice, in loving kindness and in compassion, and I will betroth you to me in faithfulness.’ Then you will know Yahveh. ‘And it will come about in that day that I will respond,’ declares Yahveh. . . ‘And they will respond to Jezreel. And I will sow her for Myself in the land. I will also have compassion on her who had not obtained compassion, and I will say to those who were not My people, ‘You are My people!’ And they will say, ‘Thou are my God!’” (Hosea 2:16-23; also see Romans 9:15-26).

Yes! We will yet return to the Land of our forefathers! But to do so, we must take our first step. . . .

When do God’s people turn to Him? While we desire to cling to Him at all times, it is in times of trouble that this desire becomes a compelling need – a need to cry out to Him for deliverance, to ask Him to show us where we have sinned and turned from His righteous ways, to seek His forgiveness, and to learn from Him how to correct those things that separate us from His heart, and divide us from one another.

The world is in a season of distress. How shall we get through this trying time? 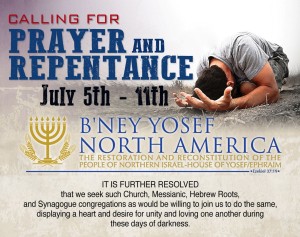 Many around the world, both from the Christian and the Jewish sides of Israel’s covenant family, are sensing the need to cry out to the Lord God in this season. As a way to enter into this process, B’ney Yosef North America is observing the week of July 5-11, 2020, as a time of fasting and repentance for our sins of division, discord, injustice, and failure to walk together in love.

Why now? It is a lesson we have learned from our Jewish brethren at this time. July 9 is the 17th day of the Hebrew month of Tammuz, the Fast of the Fourth Month of Zechariah 8:19. This fast day begins a time known as the Dire Straits, a three week period ending on the 9th of Av, the Fast of the Fifth Month. This was the time the Babylonians breached the walls of Jerusalem and destroyed the Temple of God, removing His visible presence from His holy city, devastating the land He cares for, and dispersing His covenant people of Israel to the nations. Ever since then, Jews have fasted and mourned, not merely for themselves as a people, but for the nations of the earth, to whom Israel is a witness of the Most High God.

Our call for prayer and fasting in this week of 17 Tammuz is the beginning of a season of repentance from now until Yom Kippur, the Day of Atonement, on September 28, 2020. We are joining with other prayer initiatives throughout this season, and we invite you to do the same.

Do we truly want to see our Father’s Kingdom come and His will done on earth as it is in heaven? Then let us humble our hearts, bow our knees, and seek Him together. 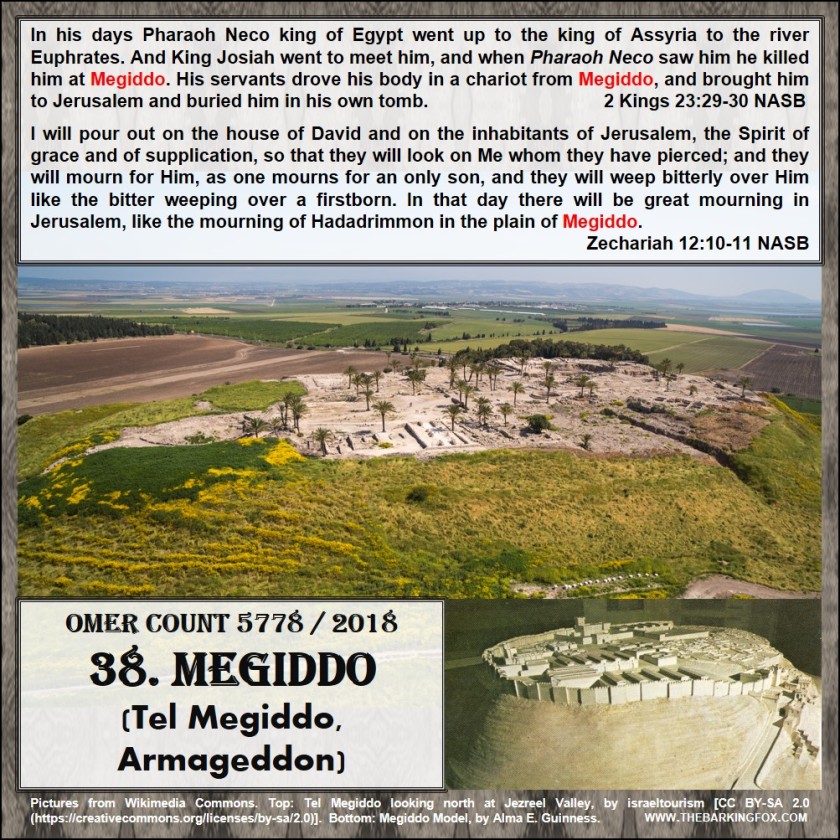 If all the promises God made to the Jewish people now have no meaning, what reason is there to believe any promise God makes? 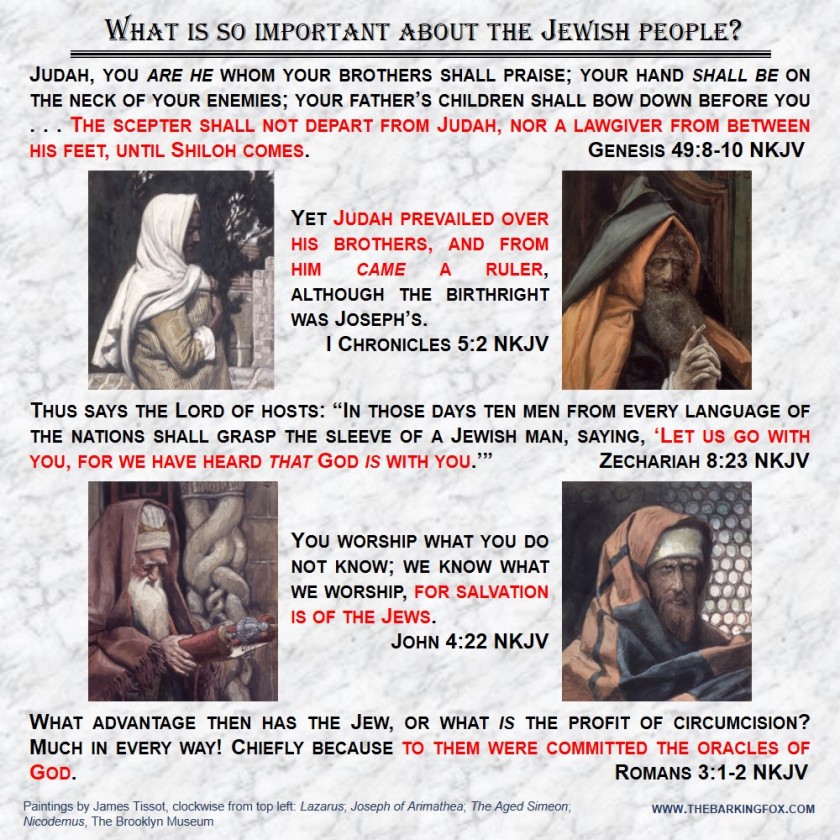