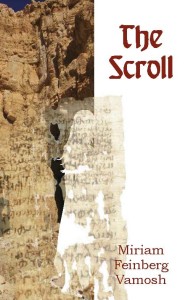 It is surprising to consider how pervasive the legacy of Rome is on the global culture. Even those nations which never felt Rome’s touch directly still labor under the political, economic, and social order that the Empire bequeathed to its European children. Tales of the Roman era still find a familiar place in our consciousness. Whether one is looking for the real King Arthur in the detritus of post-Roman Britain, reveling in the semi-mythical exploits of Maximus after the death of Marcus Aurelius, or absorbing the accounts of Christian martyrs in the days of Nero, the grandeur of Rome captivates the imagination. That grandeur certainly includes the glory of the Caesars, the logic of Roman law, the enduring architectural monuments, and the lingering vestiges of Latin, but too often it obscures something else: Rome, the insatiable beast.

Whatever good Rome’s empire accomplished in the half millennium of its existence is forever smirched by the wake of broken civilizations, conquered peoples, and extinct cultures ground into the dust under its boot heels. This is no less true of Britain’s Celts as it is of Judea’s Jews – and of scores of other peoples forever altered by Roman domination.

The story of the Jews should be well known both to Jews and Christians, at least up to a point. Christians will be familiar with the accounts of Yeshua (Jesus) and the apostles from the New Testament; Jews will know the accounts of the Great Jewish War that brought the destruction of Jerusalem and the Second Temple, and the epic tragedy of Masada. Thus the first century of this current era is at least generally understood through these two distinct, yet complementary, lenses. What each will find unfamiliar is what happened next: that unexplored dark time between the fall of Masada in 73 CE, and the final destruction of Judea in 135 CE at the end of the Bar Kokhba Revolt.

Miriam Feinberg Vamosh provides invaluable assistance in shedding light on that dark era through her riveting novel, The Scroll. She weaves her story around a genuine archaeological find from the period: a get, or divorce decree, issued to a woman named Miriam at Masada at the time the last of the Jewish defenders eld the fortress against Rome’s legions. Although nothing more is known of the historical Miriam named in the scroll, Vamosh draws on her own extensive knowledge of the period to create a multi-generational saga that is not only entertaining and educational, but entirely believable.