In recent days I had the great honor and pleasure of delivering the keynote address to my nephew Daniel on the occasion of his attaining the rank of Eagle Scout.  Those familiar with the Boy Scouts of America and with Scouting around the world understand that earning the highest rank in that organization is no small accomplishment.  In pursuing this goal to the end, Daniel, like his older brother Austin and his father, proved at an early age that he is worthy of honor and of great responsibility.  That is a large part of the message I gave to Daniel and to those gathered for the occasion.  I publish it here in hope that this message may be an encouragement and exhortation to others.

For Daniel Victor McCarn at His Eagle Court of Honor

Daniel, this day of recognition has been long in coming.  All of us rejoice with you that it has come at last.  We recognize you for your considerable accomplishments in attaining the rank of Eagle.  Those accomplishments are worthy of celebration and remembrance, but I will let others speak of them.  What I want to address with you is something greater than what you do.  I would like to consider who you are.

By way of introducing this subject I invite you to consider three men who have become legendary in the annals of Texas history.  Today the names of David Crockett, James Bowie, and William Barrett Travis exist in a space far removed from the reality these men occupied in their lifetimes.  We know them as the great heroes of the Alamo, men who stood bravely against overwhelming odds in the noble cause of freedom.  It is fitting to remember them at this time, the anniversary of the Siege of the Alamo which began on February 23, 1836, and ended thirteen days later on March 6 in the great battle that claimed the lives of these heroes.

Like barnacles on a ship, legends have encrusted the names of Crockett, Bowie, and Travis.  After 179 years it is hard to distinguish myth from truth.  Those who remember them at all remember them either as heroes or as villains, depending on the point of view.  There is enough of both in each man to justify each perception.  But who were they in reality?  When we strip away the layers of time and legend, what do we find?  We find flawed men like all of us whose ordinary lives played out in the crucible of extraordinary times.

END_OF_DOCUMENT_TOKEN_TO_BE_REPLACED

When Empires Die: Thoughts on the Centennial of World War I

When Empires Die was originally published June 28-July 28, 2014, as a six-part series.  The original six part format is accessible here.

I.  THE ROAD TO SARAJEVO 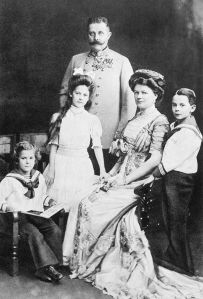 The world took a giant step toward death on June 28, 1914.  On that day a young atheist shot and killed a prominent Catholic and his wife in an obscure Southeast European city.  Within five years, four world empires were dismembered and two new ones arose in their place.  Within 40 years, three more global empires breathed their last as the new world system spawned in 1914 grew to maturity.  Today, one hundred years later, that world system wheezes with its own death rattle, soon to expire in the process of giving birth to yet another global system which may be the last – and worst – of its kind.

As a historian, a political scientist, a soldier, and an intelligence professional, I cannot let the centennial of the Archduke Franz Ferdinand’s assassination pass without pausing to remember what his life and death meant to the world.  The circumstances that brought the Archduke and his wife, the Duchess Sophie, to Sarajevo, Bosnia, are not difficult to explain, but to understand the significance of their deaths, both in their day and in ours, requires a detailed explanation.  If that explanation seems too focused on Europe, the simple reason is that Europe in 1914 ruled the entire world.  No nation outside Europe – neither ancient India, nor populous China, nor even the rising powers of America and Japan – was immune to events that shook the state system of the Continent.  If we are to know why the world went to war in 1914, we must look at the major players of that state system.  Only then can we begin to discern what happened to the world in the summer of 1914, and what is happening to the world now in the summer of 2014.

END_OF_DOCUMENT_TOKEN_TO_BE_REPLACED

When Empires Die: Thoughts on the Centennial of World War I, Part VI

TO SURVIVE THE COMING NIGHT

Is the Apocalypse Nigh?

If this truly is the beginning of the end of this age, then we should expect wars and rumors of war to increase until the entire globe is consumed, just as it was in the Great War of 1914-1918, and again in the Second World War of 1939-1945.  Depending on one’s perspective, the Tribulation either begins with or is immediately preceded by this period of escalating war.  This is the time of the Four Horsemen of the Apocalypse, the rider of a White Horse going out to conquer, the rider on the Red Horse who takes peace from the earth, the rider on the Black Horse bringing famine, and the Pale Horse bearing Death and Hades.  In short order these Horsemen bring an end to the lives of one fourth of the population of the planet.  The Horsemen are followed by the revelation of multitudes of martyrs slain for their adherence to the Word of God who ask how long before the Lord will judge the world and avenge their blood.  They are told to wait until the number of martyrs yet to die is complete.  Then comes a great earthquake and many signs in the heavens, followed by the selection of the special servants of God (12,000 from each tribe of Israel, 144,000 total) and the deliverance of multitudes from the Great Tribulation.  After that comes silence in heaven for a short time, and then the judgment of God begins in earnest.

END_OF_DOCUMENT_TOKEN_TO_BE_REPLACED

When Empires Die: Thoughts on the Centennial of World War I, Part V

THE LAST SUMMER OF THE WORLD

A Matter of Life and Death

In truth God has placed the choice of life or death in front of every person from the beginning of time.  Consider what He said to our ancestors.  In the Garden of Eden there was the stark choice between the Tree of Life and the Tree of the Knowledge of Good and Evil, which brought death (Genesis 2:8-16).  When the Lord spoke through Moses to explain His standards of righteousness to our fathers and mothers on the edge of the Promised Land, He said,

I call heaven and earth as witnesses today against you, that I have set before you life and death, blessing and cursing; therefore choose life, that both you and your descendants may live; that you may love the Lord your God, that you may obey His voice, and that you may cling to Him, for He is your life and the length of your days; and that you may dwell in the land which the Lord swore to your fathers, to Abraham, Isaac, and Jacob, to give them.  (Deuteronomy 30:19-20 NKJV, emphasis added)

END_OF_DOCUMENT_TOKEN_TO_BE_REPLACED

When Empires Die: Thoughts on the Centennial of World War I, Part IV

BABYLON AT THE ABYSS 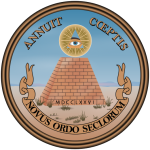 The reverse of the Great Seal of the United States of America proclaims the “New Order of the Ages” approved by Providence.

What are we to make of the upheaval happening around us in this centennial summer since World War I began?  There are only a few possibilities.  Either it is a restructuring of the current world order to some new equilibrium, or it is the destruction of the current world order and the establishment of something new, or it is the end of the world as we know it.  If asked which of these is correct, my answer is, “Yes”.

END_OF_DOCUMENT_TOKEN_TO_BE_REPLACED

When Empires Die: Thoughts on the Centennial of World War I, Part III

WHAT HAS BEEN DONE WILL BE DONE AGAIN

Nothing Lasts Forever But the Earth and Sky 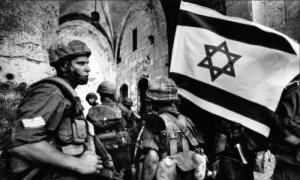 Israeli soldiers capture Jerusalem on the second day of the Six Day War.

My link to World War I is my grandfather, Garland Victor McCarn, a veteran of the American 31st Infantry Division.  He arrived in France five weeks before the Armistice of November 11, 1918 brought an end to the fighting on the Western Front.  Two days before the Armistice the abdication of Kaiser Wilhelm II brought an end to the German monarchy.  Kaiser Wilhelm had ruled Germany for 30 years, having taken the throne in the year of my grandfather’s birth, 1888.  My grandfather passed from this earth in 1967, the year Israel regained control of Jerusalem in the Six Day War.

END_OF_DOCUMENT_TOKEN_TO_BE_REPLACED

Iran’s government has been heading down a troubled path for many years. In this third post, I consider what we may expect spiritually in Iran in the coming months. The Iranian government is between a rock and a hard place. It has too many multifaceted problems and is fighting too many unwinnable wars. Besides their … END_OF_DOCUMENT_TOKEN_TO_BE_REPLACED