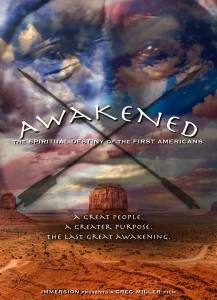 What is happening on the reservations and in the hearts of First Nations people across this continent?  The people the world has known as American Indians have always been deeply spiritual.  Many of them have cultural memories and prophecies that prepared them for the gospel of redemption brought by Christians over the centuries.  Sadly, that same Christian message of freedom in Jesus Christ (Yeshua the Messiah) was accompanied by a less-than-charitable perception among European Americans that native ways were unredeemable and had to be eradicated.  The results were predictable, and tragic – and have hindered the progress of American Natives toward their own redemptive destiny in the Kingdom plans of the Creator.

See what God is doing today in the hearts of First Nations people.  A new documentary reveals this in a dramatic way.  Here is the trailer for Awakened:  The Spiritual Destiny of the First Americans –

To learn more, and to purchase the entire film by DVD or streaming video, visit the Awakened website at: