Redefining the Last Act: A Review of The Revelation of Jesus Christ Revealed, by Christine Miller 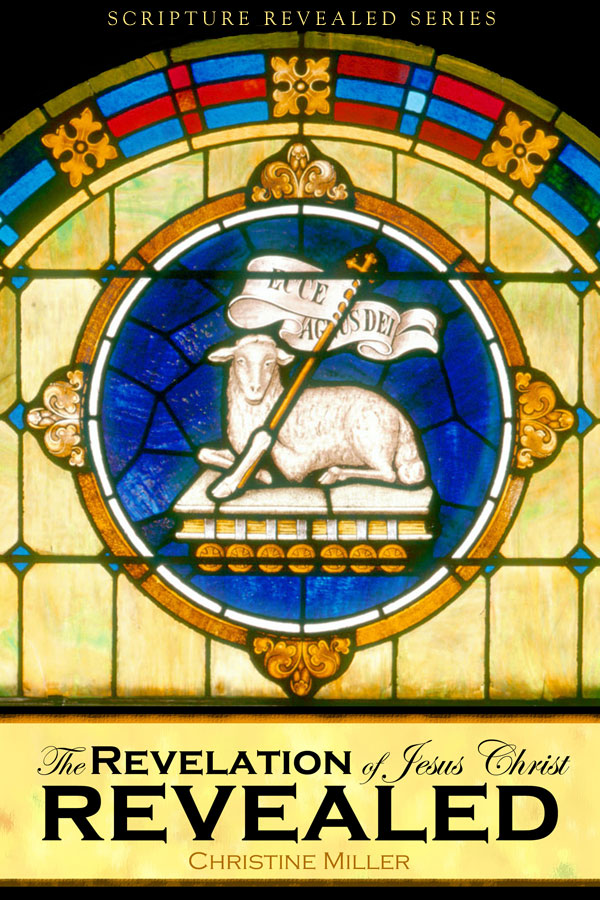 If most of the events prophesied in the book of Revelation had already taken place, would we live our lives differently?  That is the question at the back of the reader’s mind while processing the wealth of data presented by Christine Miller in her book, The Revelation of Jesus Christ Revealed.

Another question one might ask is why the world needs yet another book on prophecy.  The answer, like the book, is logical and straightforward:  we need an understanding of how the symbols in Revelation correspond to real events and people in the history of the world since the Apostle John wrote Revelation in the year 96 CE.  In other words, Miller cuts through the hyper-sensationalized end-of-the-world drama to examine what Revelation really means in a way that readers not only can understand, but can use as a starting point for their own study.

Miller’s premise is that Revelation constitutes the history of the world as it unfolds between the first and second comings of Jesus Christ (Yeshua the Messiah).  She bases this premise on the precedent set elsewhere in Scripture, particularly in the book of Daniel, which presents the prophetic history of the world from the end of the Babylonian exile of the Jewish people to the first coming of Messiah.  In a lengthy appendix Miller relates the well-known histories of the wars over the Holy Land between the Seleucid (Greco-Syrian) and Ptolemaic (Greco-Egyptian) kingdoms in the centuries following the death of Alexander the Great.  Those wars produced the Abomination of Desolation, in which the Seleucid king Antiochus IV desecrated the Temple in Jerusalem and banned the Jews from every aspect of worship of YHVH.  As the Jews responded in the War of the Maccabees, YHVH intervened on their behalf to bring the victory memorialized in the festival of Hanukkah.  Yet Miller does not stop there; she continues her analysis of Daniel’s prophecies all the way through the ministry of Yeshua and his apostles, making a convincing argument about how they fulfilled the cryptic statement in Daniel 9:27 –

And he shall confirm a covenant with many for one week, and in the midst of the week he shall cause the sacrifice and the offering to cease; and on the wing of abominations shall be one which makes desolate; and even to that full end, which is determined, is poured out on that which makes desolate.

What Miller does with Daniel in an appendix of her book is a microcosm of what she does with Revelation in the body of the work.  She begins with this explanation:

The view that all the events of Revelation are future to us is a relatively new view in the history of the church.  Traditionally, Revelation was seen as an unfolding prophecy of the things which will take place between the first and second comings of Jesus Christ.  This unfolding historical prophecy is in the same manner as Daniel, which set the precedent.

With that introduction, she takes us on a whirlwind tour of two millennia of Roman history.

Roman history?  Yes.  It is the history of God’s judgment on the kingdoms of this world, which originated in ancient Babylon.  This is one of the strengths of Miller’s work:  she is not creating a new interpretation, but digging out the longstanding interpretations of a seamless prophetic-historical narrative that begins in Genesis and ends in Revelation.  John’s vision is a continuation of Daniel’s vision, with much detail added.  The beastly world empires which Daniel recorded (Babylon, Persia, Greece, Rome) are the same beasts John saw.  By the time John received his vision, all but Rome had been judged and disappeared from history as world empires.  Thus, the judgments rendered through the Seven Seals, Seven Trumpets, and Seven Bowls of Wrath are judgments on the Roman beast, which is actually the greatest and last manifestation of the Babylonian world order that began with the first world ruler, Nimrod (see Genesis 10:8-12, 11:1-9).

As Miller explains, the judgments began immediately after John received the vision.  She allows the Bible to interpret itself, providing meaning to the various symbols (horns, crowns, marks, earthquakes, etc.) that unlock the history of Rome’s decline, fall, and resurrection.  This is the strength of the work:  she connects the symbols to specific events in what becomes not merely the history of the Roman Empire (the “beast that was”), but the Roman Church (the false prophet – the “beast who looks like the Lamb, but who speaks the words of the dragon”), and the Holy Roman Empire (the “image of the beast” that existed for 1000 years).  The symbols reveal as well the rise of Islam and the Ottoman Turks, and even help identify nine of the ten “horns” (kings, or rulers) on the head of the dreadful Fourth Beast of Daniel 7 and Revelation 17.

Miller’s list of these rulers begins with Constantine the Great and ends with Adolf Hitler, but regarding the tenth horn she makes no prediction.  When it comes to the current time, she is careful to state that her analysis is speculation since we do not yet have the advantage of historical hindsight to provide definitive conclusions.  However, she confidently proposes that we are living in the very end of this prophesied time period, and that the next events will be the battle of Armageddon and the return of Messiah Yeshua.

Like all wise students and teachers of eschatology, Christine Miller is careful to qualify her presentation with assurance that she is open to correction.  In that sense, Revelation Revealed is still very much a work in progress.  Even so, it constitutes a momentous addition to the literature in the field.  What Miller brings is a refreshing new look at the traditional interpretations of Revelation, and combines with it a Hebraic view of Scripture informed by the Torah Awakening of this generation.  Her interpretation is informed both by Christian and Jewish scholarship, but combines the two to bring fresh understanding to an often incomprehensible subject.  This is borne out in her identification of the Two Witnesses of Revelation 11 as the two parts of the nation of Israel:  the Jews (House of Judah), and the Christians, whom she connects with the exiled House of Joseph, or Ephraim, the “Lost Tribes” who were scattered to the nations and regathered by the atoning work of Yeshua.  Thus we see that the message of Revelation is not only judgment on the Babylonian/Roman/beastly world system, but also the final redemption of all Israel and those who join with them.  As Miller says,

In other words, in the very same epoch that Jesus is opening the eyes of Judah (the Jews) to the Living Word, He is also opening the eyes of Ephraim (the Gentiles, the Christians) to the Written Word – that His commandments have not passed away, which is a doctrine taught to us by men, but not by the Word of God, but rather the one who belongs to Jesus, in fact, obeys them, and reveals his love for God by his obedience (MAT 5:17-18, MAT 7:21-27, JOH 14:5, I JOH 2:3-5).

Christine Miller has done a great service to all who desire to understand the signs of the times in which we live.  The evidence she presents is worthy of further investigation, for which she equips the reader through the study tools in the appendices.  As events progress, bringing greater understanding of the end of this age, it is likely that Revelation Revealed will undergo refinement and correction.  Yet even as it stands in this first edition, Christine Miller’s work is a paradigm-shifting analysis of a prophetic work that continues to ask life-changing questions of all who read it.

Revelation Revealed is available at Nothing New Press in paperback and eBook formats. 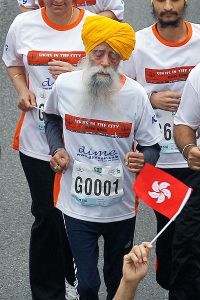 A Heart to Run As One

It’s amazing how quickly and completely we can give our hearts to a significant other, or to a worthy cause greater than ourselves. It’s equally